Video of the Week: ‘Hyper Light Drifter’ – Inside the Video Game Inspired by a Life-Threatening Illness from VICE feat. Alx Preston (@heartmachinez)

Song of the week: “Business Is Booming” by Chris Scribner (@ChrisScribs)
Bonus points, play it while watching the gif below by Josh Hano – (@JoshHano)

Reading material: “The Influences and Differences of Team Fortress 2 Classes and Overwatch Heroes” by Arthur Canzi Zeferino (of @GAMESFODA)

Excerpt: “[…]Overwatch is not just trying to copy elements from other games. The differences between Overwatch and TF2 already start at the size of both teams and how the player chooses between them. While TF2 asks the player to choose a team, Overwatch always assign the player to the blue team, making the red team always the enemy. Blizzard doesn’t want to complicate things. Overwatch is always trying to be simple, accessible and straightforward in all of it’s elements, even in those borrowed from other games.

So, if you would allow me, I would like to talk about how Blizzard applied that philosophy in the elements borrowed from Team Fortress 2. Specially in the differences between each game’s heroes/classes and to analyse how the 9 classes from TF2 were turned into 21 very unique heroes.“ 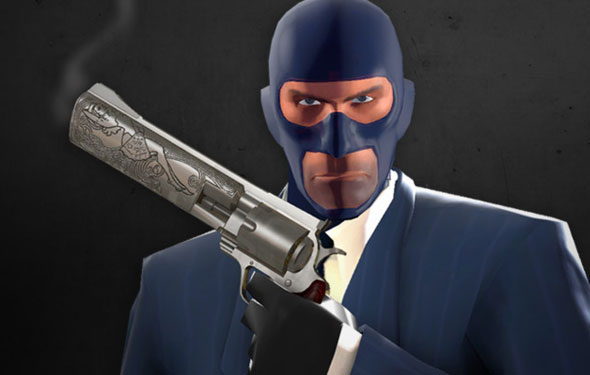 ADDITIONAL VIEWING: Katana‘s fantastic series “From the Fort to the Watch“

Reddit thread of the week: “What’s your “get it done” song?” by /u/slonermike

Original Post:  “When I’m working on a game and I hit a point where I know I have to zero in on my task and get it done, I put on Rush’s “Tom Sawyer.” (https://www.youtube.com/watch?v=_JUd3gsNYDE) Something about it makes me feel like I can do anything. I think it might have something to do with the “Space Invaders” episode of Futurama, where Fry put on his “all-Rush mixtape” to fight off the invaders. So my “get it done” song is “Tom Sawyer” by Rush.